The art of persuasion is one that many business owners and marketers lack.

Persuasive writing can be a powerful tool, but at school we've only learned how to spell and use grammar correctly - not how to write persuasive content.

And let's for example assume you are a real estate agent:

I can tell you from my experience with past clients that many of them think they can handle the writing (like property listings) themselves...because it's just text on a page, right?

A lot of agents are so busy selling and securing new leads that they neglect to write compelling property copy.

When you're crafting your content for marketing materials or blog posts—or even newsletters-you need to be mindful of tone.

From my years of experience as a real estate consultant myself, I can tell you that it's impossible to create a shiny real estate listing in 10 minutes - unless you're Hemingway, of course.

On the other hand, you could indeed be capable of crafting the copy for your residential listings, marketing materials, blog posts, staff profiles, newsletters and more...

But do you have the time do do it yourself?

Remember: Time is money. Every hour you are not outside showing properties, you may be losing a sale.

That being said though: If you spend all your time working with words and not doing anything else (like selling houses), then chances are good that your business will become stagnant.

Investing in professional, engaging real estate content is key for attracting more customers who want what you have!


So, whether you're looking for help with your website content, blog posts, social media posts, or ads for print, I can help you craft the perfect message that will resonate with your target audience and get them excited about what you have to offer.

I understand the importance of writing impactful copy that speaks to your target audience.

I also know how to craft headlines and call to actions that will grab attention and encourage people to take action.

As a small business owner myself, I also understand the challenges of growing a business. That's why I'm passionate about helping other small businesses succeed.

Your job is to build a fantastic product or service, showing properties and sell them.

My job is to help you get the calls that fill your calendar. Because the fuller it is, the more sales you make. (Salesman law)

Hello, my name is Sven
(with my son Diego)

Besides being a former direct sales trainer in a German multinational, I’ve made the Internet my living room for almost three decades.

It all started with an interest in new technologies and their future possibilities when I was 17 years old (about 28 years ago).

I started the classic online career as a solopreneur with a series of successful micro-niche blogs, using the possibilities of prehistoric social networks.

At that time, the word “blogging” didn’t exist. Google and Facebook were still in the distant future. And routers sounded like R2D2.

For nostalgics, listen to it once more: 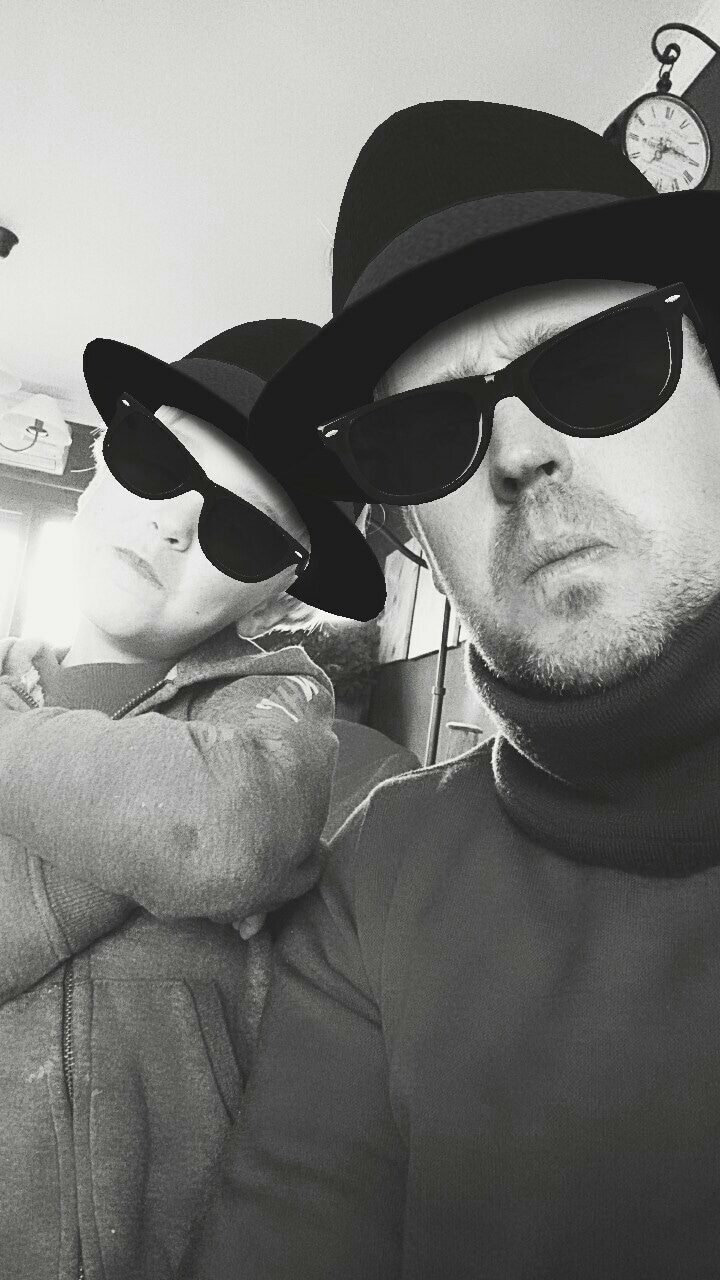 Hundreds of affiliate websites and blogs later, I opened an online shop with my best friend in 2010. It quickly became one of the most popular German online businesses in its field and pulling in over more than 2.6 million euros in revenue in just two years.

Gradually the world of copywriting & content marketing opened up to me and I had the opportunity to learn from the best.

Some of them are James Chartrand, Jon Morrow, Copyblogger Authority and Steven Aitchison and AWAI (American Writers and Artists Institute). I invested literally thousands of Dollars for their courses and for being able to look over their shoulders.

I used their techniques to launch several successful projects, one of which reached 500k followers in the personal development niche.

In 2005 I moved to Gran Canaria, where I worked for several years as a real estate consultant, selling properties of all kinds in the European paradise.

Now you understand why my passion is Real Estate & Personal Development.

Enough drivel about me :) I guess you want to see some of my works? In that case, just click here.

Purpose driven web copy that creates an emotional connection with your german prospects, describes your products or services with clarity and converts readers into excited customers. If that sounds appealing to you, let's talk.
SEND ME A MESSAGE

Just in case you want to send me a gift (for what other reason would you need my address? Plus, I love gifts and I have clients that send me wine and other goodies), here is where all the magic happens:

Español
Manage Cookie Consent
To provide the best experiences, we use technologies like cookies to store and/or access device information. Consenting to these technologies will allow us to process data such as browsing behavior or unique IDs on this site. Not consenting or withdrawing consent, may adversely affect certain features and functions.
Manage options Manage services Manage vendors Read more about these purposes
View preferences
{title} {title} {title}